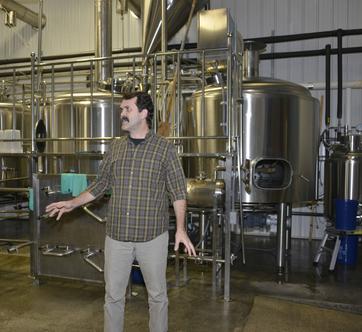 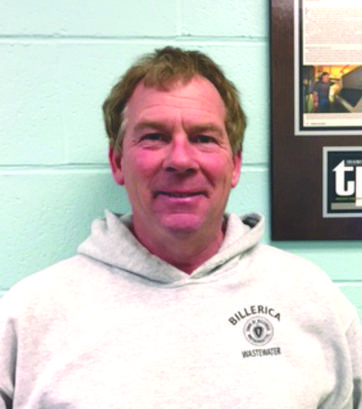 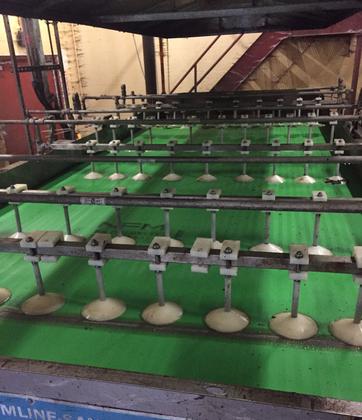 ​​​​The next day was also scheduled to be very busy day with five planned tours. I had to make one additional stop in Waterbury, Vt. because the chief operator there, Pete Krolczyk, has been down to see my CoMag operation several times and I couldn’t pass up the opportunity to see his plant. Waterbury is a lagoon system with CoMag at the end to polish it up before discharge out into the receiving waters of the Winooski River, which end up in Lake Champlain.  So, I got up early,  met Pete at around 7:30 am, and did a tour of his facility. I had never been to a lagoon system, so I was fascinated by what appears to be an easy operation -- but as we all know in this business, nothing is easy.

After my tour and visit with Pete, I headed north to Burlington, where I met up with Nate Lavallee. Nate is the water/wastewater superintendent at the Milton facility, about 15 miles north of Burlington. Along with Nate was Will Sanderson, the Vermont Exchange Operator who had gone to Massachusetts in September. It was good to meet Will and talk about his experience seeing some really big plants in Massachusetts.

In Milton, they run an SBR plant and use UV for disinfection. Nate and Will would be my guides through this area in Vermont. After touring their plant, we went down to one of the local sandwich shops and got an amazing sandwich that we took to our next location, Essex Junction. It was here I met Jim Jutras and his crew.  We all had lunch in Jim’s office and talked about what we were about to see.

Jim’s plant is an activated sludge plant with effluent cloth filters and sodium hypochlorite for disinfection. Like all the other plants I had seen earlier, the overall housekeeping was excellent. It’s a pet peeve of mine to go into a treatment plant and have it be dirty. We work with sh*t, we don’t have to look like sh*t. Keep it clean and you will impress any visitor with your facility tour.  Jim and his crew really had a good handle on ways to decrease utilities costs. They were capturing the methane and using solar to offset electrical costs. I’m sure in this part of the state the costs could get out of control quick in a tough Vermont winter.

My next stop was at the Shelburne Treatment Plant, where Chris Robinson is the chief operator (as well as past president of GMWEA). His plant was a SBR plant but he had a little twist. His reactors were all covered, probably for odor control.  Again his plant was neat and clean and running really well. His plant also used cloth filters on the effluent. Phosphorus removal is a big deal in the Northeast, especially in the Lake Champlain watershed basin, and these filters were being used in many of the plants.

It had already been a full day, but I still had two more stops to go to!

The first was supposed to be Bartlett Bay, but we decided we didn’t have enough time to tour the plant.  It is an activated sludge plant so I didn’t feel bad about missing it since I run a similar plant. But the next stop was the grand finale, the South Burlington Airport Parkway Plant, where the Poo and Brew Tour was going to happen.

Bob Fischer, water quality superintendent and a GMVEA Board Member, would lead the tour through his plant. This was also an activated sludge plant with a modified University of  Cape Town twist. This BNR system mixes primary effluent with recycled denitrified mixed liquor in tanks, with no oxygen causing a luxury uptake of phosphorus.

Bob was a very entertaining tour guide, and he kept the tour casual partly due to the mixed crew of guests he had. This tour group was made up of young professionals from around the region, some state of Vermont regulators, and of course some local operators.  The idea was to get people together, see a plant, and then go out for a social event. The social part was to take part at the Queen City Brewery. The Queen City owners gave us a tour of their place, but it was mostly a time to unwind, meet everyone, and enjoy some of the great beer that the local beer craftsmen were creating in the region.

My third and final day was to attend the GMWEA Trade Show in Burlington at the Sheraton.  I was familiar with many of the vendors in attendance, as I use the same ones at home. This Trade show is a little different than the one I attend in Massachusetts because here they set up six speakers, three before lunch and the next three after lunch. So you had your choice of the three different rooms and the operators in attendance would go around to see at least two sessions. Operators were awarded TCHs for attending these sessions.

I must say how impressed was with the professionalism of all the operators I met over those three days.  It’s really nice that we could all immediately relate to each other because of our jobs. I instantly felt at home with all of my fellow operators even though we had just met.

That is one of the things I love about this career. You feel instantly connected to people who love what they do, and it shows in the way they care for their plants and the environment. As a plant supervisor now, I will definitely have my newer operators take part in this program. There is so much to learn from seeing other plants and talking with other operators.

Every year, all six New England states participate in a water quality management Operator Exchange Program. A facility operator is selected from each state and then goes to that year’s designated state for the exchange.  This year Massachusetts and Vermont were exchange partners.  Our operators’ association has always been looking for volunteers for this program, so I didn’t really give it much thought.  I never really understood what was going to happen, so this year I decided to be a little adventurous and give it a whirl.

My schedule was arranged by the Green Mountain Water Environment Association (GMWEA).  The plan was for me to meet GMWEA President Rick Kenney at the Vermont border where he would take me around to a few facilities.

The first stop of my tour was the Quechee Treatment Plant.  I have had family live in this region of the state, so I was familiar with the territory and now I was going to get a chance to see some of the infrastructure.  The Quechee plant is a small SBR (Sequencing Batch Reactor) plant with around a .5 MGD capacity that is doing a great job.  After chatting with Tom, the lead operator, he gave me the lowdown on solids and process control.

On to my next stop, the White River treatment plant, again an SBR process with more flow, and a 2.0 MGD capacity.  Randy took me around his facility, starting at his SCADA screens, which gave me a good overview of what I was about to see. As we followed the flow through the plant, we talked about different issues he deals with here versus what I see 100 miles south.

We all know how this story is going to end: tales of clogged pumps from wipes, sludge disposal issues, and all the crazy things that happen to operators.  White River runs a centrifuge to dewater its sludge while Quechee hauls liquid sludge. The cake coming out of the centrifuge was beautiful!  My guess was that the cake is around 25% solid; it had no odor and then was being mixed with lime for land application. Very impressive!  After a couple of hours of touring these two plants, we went to lunch and talked about some of the big challenges we all face in our industry, like finding and keeping young talent and licenses.

After lunch I had about an hour drive north to Montpelier.  Montpelier is the smallest state capital in the United States, with a population of just under 8,000 people. It’s a really great example of what a real New England town is all about: friendly people, great food, and interesting places to go. In Montpelier, I met up with Chris Cox, the chief operator of the Montpelier treatment plant and a GMWEA board member.  Chris’ plant was the largest one I would see in the State of Vermont. His facility had a 4.0 MGD capacity and he was doing around 2 MGD. As is the case in most treatment plants, Chris is not only in charge, but he is also working in the plant.

The reason I bring this up is that I can relate to what he does.  As we were doing the tour, a small problem came up with a local septage hauler who wasn’t able to unload. Chris was trying to show me around, but he knew he had to get this guy unloaded and on his way.  I could see that this distraction bothered him, so I told him we should go see what was going on.  Things were not going smoothly: the driver was unable to unload, and the operators had checked their end of the process which was fine. Chris stepped in and helped solve the problem -- on the truck’s end, and not his.  Problem solved!
​

Paul Hale shows us the works at Queen City Brewery.