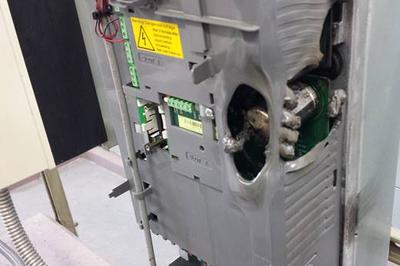 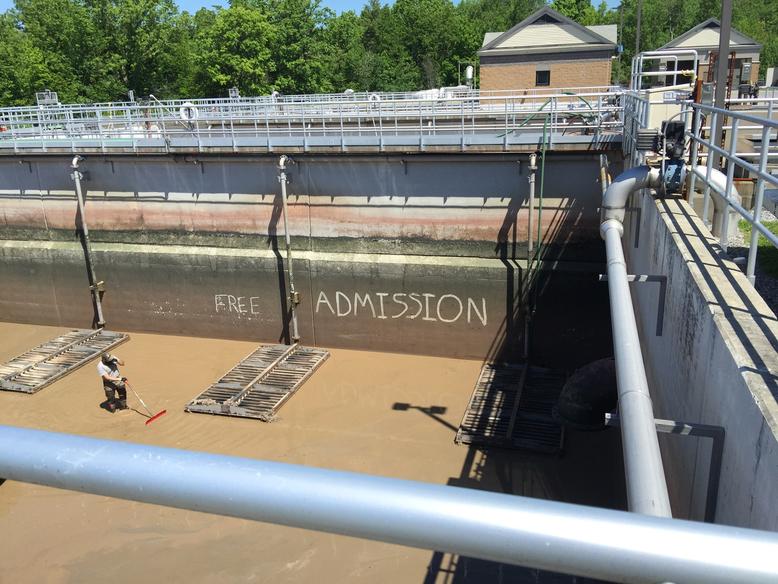 Above and below: Electrical equipment at Rutland's River Street pumping station, when nothing happened.

June 9: Bob Wells, Middlebury wastewater superintendent, took this photo while his crew was doing maintenance on one of Middlebury WWTF's basins. If you're in the industry -- no comment necessary!

​Scroll down to read "The Day That Nothing Happened" by Jeff Wennberg, Rutland's Commissioner of Public Works.  Click here for other articles by members.

We received the following from Jeff Wennberg, Commissioner of Public Works, City of Rutland, and GMWEA member.  His note relates just one example of the way the systems and staff of wastewater plants protect Vermonters 24/7/365 -- without interruption of services despite unforeseeable technological problems, and, all too often, without being noticed by the media or the public. It proves the old axiom that "no news is good news."​

The Day That Nothing Happened

We are pleased to report that yesterday, Ground Hog Day, nothing happened. By that I mean the Rutland Wastewater Treatment plant operated continually without any violation of its permit and without any illegal discharges to Otter Creek. This is worthy of note because at around 3:00 PM there was a massive power surge at the plant and at the River St. pumping station that destroyed several critical electrical components.

The plant experienced the total loss of a five-horsepower motor and two out of three computer-based variable frequency drive motor controls that operate a massive 75 kilowatt blower, along with a number of other electrical components. At River St., the surge protector did its job, and while it was a total loss it protected the electrical equipment at the station. The backup generators provided emergency power to operate the remaining systems while DPW and Green Mountain Power crews worked for four hours to put the pieces back together.

At the onset of the crisis electrical components were on fire and one exploded. Electrical rooms were filled with smoke and fumes of burning plastic and melting wires. Every member of the wastewater treatment team went into action and performed their duties with exceptional bravery and competence. If it were not for the quick and effective response of the wastewater treatment division crew and the crew from Green Mountain Power the outcome would have been very different.

The actual cause of the power surge is not known for sure, but the best explanation at this point is one or more geese wintering on Otter Creek near the pump station may have flown into the high-voltage lines and knocked out two-thirds of the electricity that serves the facility.

Whenever freak weather causes the sewers to overflow, as they are designed to do to protect people and property, these events are announced to the world and often attract media attention. But when our crews perform heroically to prevent the release of untreated wastewater, from a regulatory perspective nothing happened. It is important to remember that environmental protection becomes real through the dedication of public servants like ours during a crisis such as this. 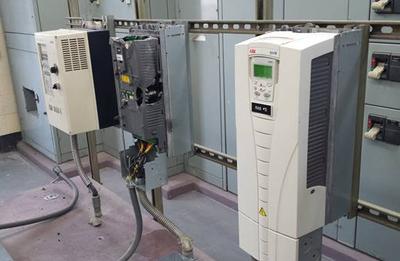